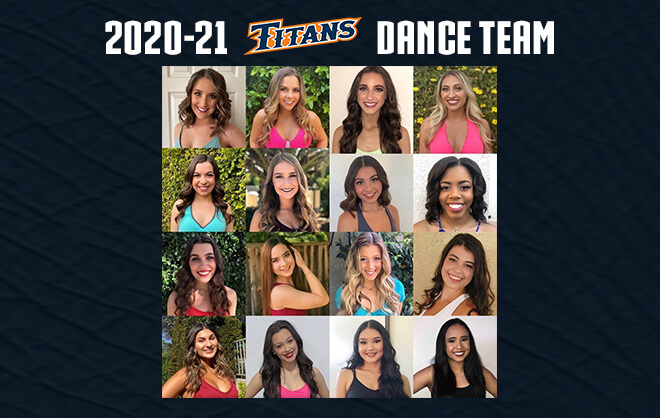 Posted on: June 15, 2020 in Student Stories by Devyn Billingsley
Share this:

Those two words are what newly appointed CSUF dance team captain, Mara Furnish, attributes to the team’s formula for getting through these uncertain times. Like many others, the dance team had to learn how to pivot their lives to move forward with their plans and goals for next season.

The end of the spring semester is typically the time for dance tryouts for many universities and colleges across the country. With the impact of COVID-19, which halted all activity on campus, dance head coach, Jennie Volkert, had to be inventive when it came to putting together her new team.

After the coaching staff spent weeks planning what they would do next, a conclusion was made to host the team tryouts virtually, making them one of the first dance teams in NCAA Division 1 athletics.

Cal State Fullerton’s dance team is a 16-time national championship squad. In January, the Titans earned a third-place finish in the jazz competition, going against 11 other schools in the finals. Fullerton finished in fourth place in the finals of the pom competition against six other schools.

For this year’s team, returning dancers and prospects started in earnest on April 17 to make the team. They worked out and practiced their moves in their garages, kitchens, bedrooms, and backyards, to gain a spot on the elite dance team. What usually is a one-day event that takes four to six hours with a final decision made in the evening, turned into a nine-day process ending April 25.

Video submissions were open for the first few days with the last three days consisting of cuts, videos of technical skills, choreography, and interviews. One of the challenges of hosting virtual tryouts was the ability to watch the dancers handle stress and see how quickly they could learn choreography. However, there were advantages of going virtual, one of them being able to go back and rewind the videos and focus on each dancer’s technique. Reviewing video is something that the coaches and judges wouldn’t usually see during the in-person tryouts.

“If they were able to bring that fire through a computer screen, I can’t even imagine what they will be able to do in person,” coach Volkert said.

Each girl had their reasons as to why they wanted to make the team. Katie Nelson, an incoming freshman, had known about the team since she was a freshman in high school. She knew what they were about and wanted a chance to join.

Her chance came, although it was different from what she had anticipated. She spent months leading up to the tryout date at the gym and practicing in a dance studio. She was prepared to spend a day in Fullerton for her one shot at landing a spot. But with a change of events, she found herself moving cars out of her garage to make room to film her tryout videos.

“I was overwhelmed at first because it (tryouts) turned into almost a weeklong experience,” Nelson said.

After getting over the nerves and feeling overwhelmed, she found positives in this unique experience. It was a challenge, but she was up for it. She said she took advantage of her videos by looking back at them and studying what she needed to work on so she could do better in the next rounds of tryouts.

The experience was slightly different for Furnish, a vet on the team.

She was used to practicing with the team a month before tryouts, which they typically did every year. But this year, she was not able to, and instead adjusted to practicing and preparing on her kitchen floor. After the conclusion of a weeklong tryout period, Mara found out she would be a returner and not too long after she was given the position as team captain along with her teammate, Mckenna Duffy.

Immediately, the captains wanted to generate camaraderie with their new team. Phone numbers were exchanged, and group chats were created to stay connected and begin bonding as a team.

“(I am) excited that we have a full team of 16 girls, we will fill the stage this season,” Furnish said.

Furnish says she is proud of her team and coaches for being a step ahead. She explained that the new girls were willing to work hard and send in their videos for tryouts and appreciative of the coaches who dedicated a week of their time to formulating a new team.

As most are patiently and anxiously waiting for everything to get back in motion, the dance team stays on top of their workouts by hosting weekly practices. Each dancer will lead a virtual dance lesson, and to stay motivated, the team has been doing their homework to find new dance tricks.

Coach Volkert said she is feeling stress-free at the moment because usually, the team doesn’t start working together so early before starting the season. With their new virtual plan and schedule, they are one step ahead of their routine.

When it comes to the team’s goals, the list is short but clear; Get back to campus and win nationals.

About the Author: Devyn Billingsley 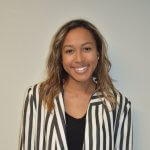 Devyn is a Titans Athletics sales and marketing assistant. She plans and executes creative ideas in support of student-athletes, donors, and fans. The Titans marketing team at Cal State Fullerton is responsible for generating an enjoyable atmosphere on game days and engaging content on social media.