Posted on: April 06, 2020 in Student Stories by Valerie Orleans
Share this:

Cal State Fullerton business administration major Chris Keith arrived in Heidelberg, Germany on Feb. 3, excited to spend a semester abroad at the SRH Heidelberg University. It was his first time traveling outside of the United States and his first time living away from home.

And then, abruptly, his semester abroad ended almost as soon as it had started. Keith received a message on March 12 telling him to prepare to return to the states, and seven days later, he was on a plane.

With concerns of the new coronavirus pandemic, staff from CSUF’s Extension and International Programs had to scramble. They needed to get 43 students who were studying abroad in 14 different countries back to the United States … and in a hurry. They also needed to inform hundreds of other students who planned to spend spring break or summer studying abroad that their plans were canceled.

“It was truly a global evacuation,” said Jack Hobson, senior director of the Global Titans Center.

Even more challenging was the fact that international studies programs throughout the world had never dealt with a situation such as this.

“There were no ‘best practices’ available,” Hobson said. “We had to work with each other to offer up suggestions and potential solutions. We also collaborated with the university’s Office of Risk Management because we needed to get faculty members home as well.”

Timing was a concern. With more countries, including the United States, issuing travel bans and hard quarantines, waiting too long could leave students stuck in unhealthy environments … and unable to return.

“Their health and safety had to be our primary concern,” explained Hobson.

“It was devastating for many students. They’d planned for months, if not years, for this opportunity,” he added. “That said, once they realized the enormity of the problem, they understood.”

“When you expect to have the chance to live somewhere for nearly six months and instead get called home after six weeks, it’s frustrating,” shared Keith. “That, combined with the state of the world right now, has been extremely stressful.”

When the students returned to the U.S., many had to be quarantined for 14 days. In some cases, the university put them up in hotels near their families.

“If there was a person in the family who is immunocompromised, or works as a health care worker, we didn’t want to expose them,” Hobson said. “At the end of the day, we want our students and their families to be safe … here at home.”

Keith is currently in self-quarantine.

“It’s definitely lonely and quiet, but I’ve been able to FaceTime with friends and family,” he said. “I have plenty of time to work out, cook and read. I plan to make up this semester’s credits in the form of online classes this summer.

“The university staff were very helpful and checked in with me every step of my trip,” he added. “They were able to take a lot of the stress off of me and for that, I am very appreciative.”

Looking back on the experience, Keith is able to identify some positive moments. “Even with the small amount of time I had, I found out just how quickly you can create strong friendships with people from around the world,” he said.

“I know I’ll come out of this experience stronger and have some great stories to tell.”

About the Author: Valerie Orleans 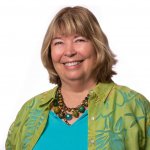 Valerie Orleans is the Editorial Director for Strategic Communications at Cal State Fullerton.