How the Coronavirus Is Changing the English Language

Posted on: April 10, 2020 in Campus & Community Stories by Karen Lindell
Share this:

It’s an understatement to say that the novel coronavirus has brought a lot of change to Americans’ lives. But one transformation may be less noticeable than working from home or donning a face mask to shop — the English language.

A month ago, few people knew what “social distancing” was, and “zoom” was simply an onomatopoeia.

Stephen J. Mexal, chair and professor of English, comparative literature and linguistics at Cal State Fullerton, says that people can learn obscure terminology quickly when they need to do so.

“Phrases like ‘flatten the curve’ and ‘social distancing’ — terms shared by epidemiologists, sociologists and public health experts in their research — have suddenly entered common usage. Typically, academic terms migrate to the tip of the public tongue when they’re timely and useful and then recede back to the experts once their timeliness has passed.”

In some cases, however, words used during a big event become part of the lexicon, Mexal notes. He believes that “stickier” terms are those that are actually new, not preexisting ones that suddenly become relevant.

“One example would be World War II military slang that’s entered the general lexicon,” he says. “‘Clobber,’ meaning to thrash or beat up, seems to have originated with WWII airmen. It has persisted partly because it’s colorful and partly because that big event seared it into the minds of a generation of servicemen.

“Perhaps a better example is the term ‘snafu,’ meaning a confusion or mix-up. Today it’s used in polite society, but it was originally an acronym in WWII.” (Readers will have to look up what it stands for, as this is a “family-friendly” news site.)

As Americans have transitioned to online work and study during the COVID-19 pandemic, many are using a video conferencing platform called Zoom. The brand name has quickly jumped into the language as a synonym for “video conference,” and is being used as a verb (e.g., “let’s zoom at four o’clock”). “Zoombombing” is a twist on “photobombing,” describing when uninvited attendees break in and disrupt a video conference meeting.

The Zoom brand is being genericized, explains Mexal, which is a marketer’s dream and a trademark lawyer’s nightmare.

“Brand names that have come to signify a whole genre of objects — like xerox, aspirin and escalator — are often called proprietary eponyms. Genericization can happen for any number of reasons, but it’s easier if a product has an obvious monopoly or is a clear market leader,” he says.

“One thing that social media has done is make it much easier for newly coined words or expressions to enter widespread use. In the early twentieth century, it took decades for the Otis Elevator Company’s “Otis Escalators” to become “escalators,” but I bet it would happen much faster today.”

About the Author: Karen Lindell 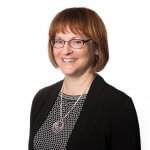