Balancing Virtual Instruction and The Game She Loves to Play

Posted on: March 24, 2020 in Student Stories by Carolyn Gill
Share this:

Playing in the Big West Tournament for the second year in a row was beyond exciting.

We were coming off one of the best seasons in the history of women’s basketball at Cal State Fullerton, finishing with a 17-14 record, including 8-8 in the Big West and a chance to do well in the tournament.

A new season was upon us, meaning we had to take everything we had learned over the past couple of months and prepare to play perfect enough to win. The only people who believed we had a chance throughout the season were either on the team or supported us by coming to the games.

“Is this news I’m hearing serious? Are they really not letting people in?”

I could hear the disappointment in my dad’s voice, who hadn’t missed a single college basketball game, as we discussed the tournament’s new spectator policy over the phone. As I looked across the locker room, all my teammates were on the phone with their family and friends explaining why they couldn’t attend tonight’s game and that they too were just as shocked.

At that moment, I understood that this virus was much more severe than I initially perceived it to be because never in my life had I played a basketball game without the energy of spectators, cheerleaders, or a band.

That meant that as teammates, we had to be each other’s cheerleader, fan, supporter on and off the court since we were all we had. But to get through the game without thinking about the lack of people, I tried to assure my teammates that the games would feel like open gym, so we should play loose.

Although losing in the second round of the tournament ended our championship run, the news of the termination of NBA and NCAA seasons shook me to my core. It hurt my heart to listen to friends who played a spring-season sport lament about the cancellation of their games and meets, especially those who were seniors.

March Madness is not just a season for basketball, but for athletes who are looking to peak in their career. This pandemic has resulted in months of preparation, hours of dedicated time, and all the sacrificing of the mind and body feel like a wasted expense of energy. Even though I understand the need for these health regulations, I am truly devastated.

When the NCAA restricted athletes from participating in workouts at facilities on campus or seeing trainers, I knew that it would be a while before I got to see my sport again. In our final team meeting, my coach discussed the importance of staying healthy and taking care of our bodies throughout this dead period.

Without access to the trainer and facilities, it would be difficult for our coaches to give us spring workout assignments, so instead, we were told to rest. As much as my body appreciated hearing those words, it still felt weird that I would have to go months without knowing when sports will be brought back. Until then, I plan on enjoying the time I get to spend with my family while figuring out how to graduate from college online.

About the Author: Carolyn Gill 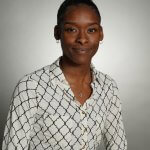 Carolyn Gill is a social media intern with Strategic Communications and Brand Management team at Cal State Fullerton. She is a junior starting forward on the Women’s Basketball team and is majoring in Communication. Her hope for the future is to develop various methods to get sports fans and future sports fans to make deeper connections with professional sports teams through athletic marketing.